The world’s most recognisable superhero is also the most challenging to get right cinematically. Faced with criticisms for being too boring, for being invincible, for only having one weakness, the man of steel has to rise above that and be a beacon of hope that inspires us.

Christopher Nolan, David S. Goyer and Zack Snyder’s Man of Steel rises to the challenge with boldness, but cannot fly past a host of flaws which bite away at its ankles. It’s still a great cinematic feast for the senses though, bringing an evolution (or homage if you’re feeling cynical) of the Wachowskis Matrix Revolutions bust-up between Neo and Smith. Some shots are literally identical to that epic beatdown actually, which goes to show how influential the Matrix trilogy still is to this day.

All our childhood memories of bashing toys into each other comes to life in visceral fashion here, with Snyder eschewing his penchant for slo-mo and going for more bombastic frenetic action. The director made an interesting choice of filming every scene with handheld cameras, which gives the whole thing a dynamic feel, and thankfully no dreaded shaky-cam.

Characters (such as Zod’s buddy, the gorgeous Faora played by Antje Traue) move around with anime-style speed slamming each other through buildings causing mayhem. After Bryan Singer’s reverential take on Superman in 2006’s Superman Returns, it’s cathartic seeing Snyder’s Superman get angry and punch the living shit out of his nemesis General Zod and his ragtag bunch of Kryptonians as they harass him for a macguffin in the form of the DNA of every Kryptonian yet to be born.

Goyer’s gone for an interesting take on the home planet of Superman, aiming for a Japanese style samurai caste system where people are born into roles and are meant to stick to them for life. Russell Crowe’s Jor-El is not too happy with this and when his son is born, he envisions a different life for him. With a dying planet about to explode, Zod’s rebellion at hand, baby Kal-El is sent away to Earth and Zod is banished to a black hole-ish prison, the Phantom Zone.

Goyer’s script is pretty ambitious for a mainstream blockbuster with a lot riding on it. He could have gone for a simple linear three act structure that Hollywood loves, but instead opts for an alternative narrative shifting back and forth through time, with flashbacks within flashbacks, enabling us to jump into choice points of Clark Kent’s life as a kid, teenager, young man, and observe his relationship with his parents as they try to raise him the good old fashioned American way. 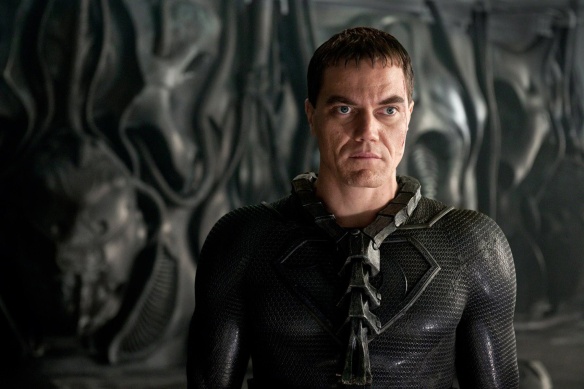 Kevin Costner and Diane Lane do an excellent job as Clark’s folksy parents, as do Russell Crowe and Ayelet Zurer as his Krytopnian parents. In fact the acting across the board is decent, with only Henry Cavill being the weak link, ironically enough. He is decent as the man of steel, and his emotional moments with his parents or dealing with tough choices are delivered well, but quite simply the man has no charisma. He’s no Christopher Reeve.

The film is pretty dour all throughout, and what moments of humour there are, are not due to his delivery, but situational humour. As this story is about Kal-El becoming Superman and not Clark becoming a journalist, we don’t get to see his journalist shtick, but I’m not hopeful of seeing anything on the level of Reeve, or perhaps even Routh from Cavill.

So in Man of Steel we see Krypton die, Clark grow up and become Superman, Zod come calling and asking Kal-El to help rebuild Krypton in violent fashion, they butt heads and everything around them explodes. Granted, the action is infectiously brilliant, but after a while I started to get exhausted by it, and not in a good way.

The third act is the most problematic, for its wanton destruction which is both tiring, giving me explosion-fatigue and also disconcerting for killing hundreds of thousands of people with nonchalance. Go online and see much more discussed about this aspect of the film, so I’ll just say that in my opinion I wasn’t so bothered by it that it threw me out of the film, but I did start to zone out a bit. Maybe it was a defence mechanism in my brain preventing me from comprehending the horror of just how many lives must have been lost from Superman’s crazy antics. The movie shrugs it off and does not deal with the impact of an alien dude wiping a city off the map. Which brings me to the next point:

Superman does not actually inspire people in this film, which is the most damning thing about it. During the action, people are horrified by what’s going on. There are no shots of kids pointing at Superman and smiling. During the climactic battle Superman does not simultaneously fight Zod and save people, he’s mostly about beating the shit out of Zod until the climax. People in this film do good deeds, yet the film never shows them being inspired to do them. Rather we get the impression that they would have done the right thing regardless of Superman’s presence on the planet. 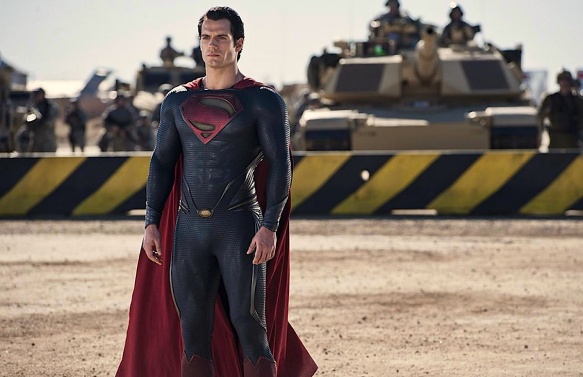 In a way, superman’s presence brings massive destruction to earth, we don’t really see him do anything major for the planet other than defend it from Zod who is only there because superman is! What the movie is missing is a big hero moment where the world as one sees Superman saving them. The action in Smallville and Metropolis is too chaotic and people are just dying and terrified throughout. As far as the world is concerned, Superman is a violent alien. Though I suppose Lex Luthor will use this to his advantage in a sequel, my point is this is meant to be Superman’s introduction to the world, but it’s rather underwhelming.

The film also seems embarrassed by its source material, in that the only time we hear anyone say “Superman” is when an extra mutters it. Metropolis and Smallville are not mentioned out loud, only seen in text. The film’s not even called Superman! It’s strange, but I guess it makes sense if we consider the last cinematic take on the character damaged the brand with its mediocrity.

These flaws detract from the experience, but do not ruin it. Man of Steel is still a gorgeous looking origin tale that has heart and big emotional beats that show that characterisation always trumps explosions. Thankfully Goyer remembers this during the pivotal climax that forces superman into a dramatic dilemma.

The film ends much like the recent Bond reboot, with traditional moments from the comic book coming into play, but because this is a Nolan-produced ‘realistic’ take on the myth, the idea of Clark Kent being anonymous as a reporter at a news paper is just too ludicrous for me to take seriously. I’m hoping they retcon this in the sequel because in this current day and age, where we are surrounded by image-capturing devices, we as viewers just can’t accept magical glasses that disguise Superman as Clark, we just cant.

Nolan can’t have it both ways, you have to go 100% all in, and I sincerely hope they just twist the tradition of the comic and have it so that the entire world knows Superman is Clark Kent, a reporter at the Daily Planet. It would make things interesting, his fanmail and death threats would go through the roof, all will make for good conflicts.

Hans Zimmer’s score is probably as divisive as the film, but I loved it, despite Zimmer not being a composer who brings us iconic themes like John Williams, he still has infectious melodies running throughout. Man of Steel’s score is like The Last Samurai meets Inception meets The Dark Knight Rises. You’re either a fan of Zimmer or you’re not. 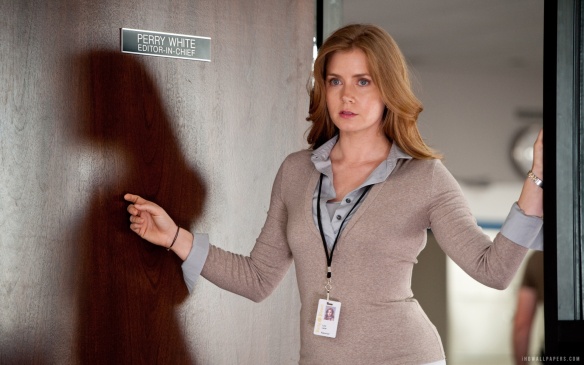 I guess you’re wondering “what about Lois Lane? You haven’t even mentioned her!” and that’s because this movie is just another that fails the Bechdel test miserably. I’m sure many walked away thinking how awesome Lois Lane is portrayed in the movie, and although she is spunky, the problem is that Goyer just lumps her into pivotal scenes as if she’s using a teleportation device. She’s everywhere because she needs to be, not because of logic but of convenience. Putting that aside, I like Amy Adams and unlike Cavill she does have charisma and charm.

Michael Shannon is great as usual, doing more with his role than the writing allows him, though to Goyer’s credit he’s written an antagonist who truly believes what he’s doing is right, which is infinitely better than a villain who is evil just for the sake of it.

Man of Steel is a return to form for the cinematic version of the superhero, stumbling into the light. I’m hoping with the sequel we can see him take flight and soar.