The Insider is one of my favourite films. Along with The Matrix and many other films, 1999 was a turning point in my life and pushed me towards creative writing. This film in particular does not get as much love as I feel it deserves. Its only now had a Blu-ray release this year! A bare-bones release at that.

I recently re-watched the film for the first time in what felt like ten years, and it spurred me to write this little retrospective. I’m not expert on the film or Michael Mann, but he is one of my favourite directors and the film deserves to have more Google search results so here we are.

Michael Mann’s films are sometimes criticised by people for being too cold and clinical, and yet his detached way of depicting things on screen is why I love his films so much. He doesn’t try to manipulate you; tell you how you should feel about certain characters. He just paints a picture and you have to decide what you make of it.

The Insider is a film split into two halves, one following Russell Crowe’s Jeffrey Wigand, and the other following Al Pacino’s Lowell Bergman. Wigand is a man of his word but it’s not enough for his ex-employers Brown & Williamson, who insult him by further restricting his severance contract, so he is compelled to collaborate with Bergman to record a whitsleblowing interview for 60 Minutes on the tobacco company’s nefarious attempts at making consumers drug addicts. 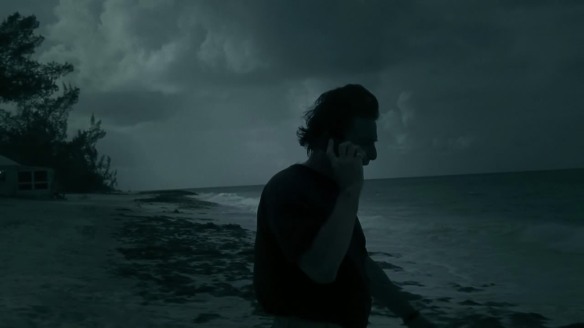 Pacino goes to the ends of the Earth for Crowe. Well, up to the shoreline anyway.

The pressure is intensified against his family, and Crowe sells the anguish and soul-searching of his undertaking completely. What makes it all the more brilliant is that Wigand is not a completely innocent character. Prone to bouts of rage and communication issues, as evidenced by his complete disregard for his wife’s emotional state, he is a flawed person, just like we all are, or as he puts it to Pacino in a heated phone conversation: “whose life doesn’t have flaws if you put it under a microscope?”

After he thinks he’s done with his duty to reveal the truth, he is horrified to discover that CBS do not want to risk being sued to death, and refuse to air the documentary un-edited. This is Bergman’s turn to step up and essentially become an insider himself by leaking details of the dubious goings-on at CBS corporate to his fellow journalists in order to release the interview into the world.

Re-watching The Insider made me feel old. It’s set in a time just before the internet became pervasive. Characters use beepers, brick phones and faxes. There’s only a cursory mention of the internet. The power of print media is still in effect, with world-changing ramifications occurring when the papers hit the stands at dawn.

Eric Roth’s script is sublime. The story doesn’t need to have captions indicating where a scene is set, what country or what year. His script never holds your hand or talks down to you. The time period is represented by world-changing affairs, such as the hunt for the Unabomber, or paper headlines highlighting the OJ Simpson trial, etc. 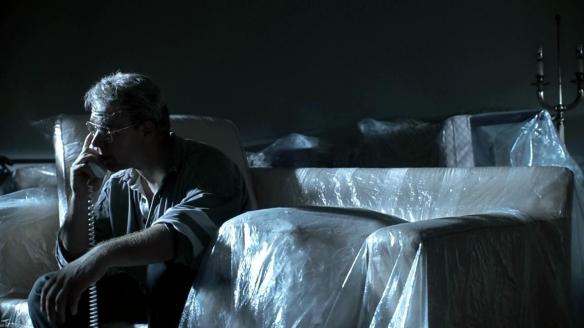 One of my favourite scenes is of Pacino and Crowe sitting in a Japanese restaurant, both at ease and amiable, yet by the end they’re at each others throats despite the fact that they’re meant to be in this undertaking together. This is a classic example of how in screenwriting, conflict furthers a story, develops characters and is just basically entertaining as hell.

Almost three hours pass by effortlessly due to fantastic performances, Crowe’s best in my opinion, a great soundtrack provided by Lisa Gerrard and Peter Bourke (and ending with a fantastic Massive Attack track), groundbreaking cinematography that is both cinematic in conventional terms but also with a realistic bent, showing people amidst ordinary non-cinematic behaviour as if they were not meant to be captured by the camera.

The Insider was inspirational to me. Both in terms of form and content. The screenplay and direction, and what the story is about, the themes and conflicts. Along with The Matrix and Fight Club, it helped push me towards writing, towards creativity, to having an open mind and consuming knowledge from a variety of sources and fields, from philosophy, history to science.

Pre-1999 I was like a blank slate, a cipher. It’s strange to say a couple of films changed my life, but it’s not so much that they changed me, but more that they pushed me. Along a path I was heading towards anyway, but with more urgency.

The Insider needs a better Blu-ray release packed with extras, commentary, the full works. We need to catalogue how this brilliant work of art came into being to satisfy fans, and to further inspire artists to follow in the footsteps of Mann and company. If you haven’t seen this film and are intrigued by what I’ve written, then go find this film as soon as possible.