Deltron 3030 is the name of a collaboration between rapper Del the Funky Homosapien, producer Dan The Automater, and DJ Kid Koala.  They released one album back in 2000, with an instrumental-only version a year later.

This month they’ve just released a track from the upcoming follow-up album Event II.  I am incredibly excited about it, and here’s why:  Deltron 3030 got me into hip hop, and to date is probably my favourite hip hop album ever.

Not rap.  Hip hop.  After listening to this album back in 2001, I had to make a distinction between the two.  My gateway to rap was back in secondary school when all the kids were talking about Snoop Dogg.  This was followed up with Dre, and 2Pac.

Deltron 3030 introduced me to a world that did not revolve around bitches and blunts.  Here was a dude rhyming about geeky shit like dystopic cities on alien planets populated by bounty hunters.  It wasn’t just abstract rhyming either, each song had a theme, and the album itself is a concept.  Set in the year 3030, Del’s lyrics cram in all kinds of subversive traditions from the cyberpunk genre.

There are planets where world-governing institutions conspire against citizens, and characters who are mech-soldiers with chips on their shoulders.  Mixing obscure words you’d have a hard time finding in a dictionary with hard sci-fi concepts that Greg Egan would be pleased about, Del’s lyrics conjure entire worlds populating a chaotic galaxy.

As much as Del’s lyrics are brilliant in their conception and laid back delivery, it would have been wasted if the music and production could not deliver as well.  Kid Koala’s soundscapes are genius, very melodic and far ahead of their time.  The second track of the album, 3030, kicks things off with an epic vibe, it has beautiful guitar twangs floating throughout, bringing to my mind a 31st century Hawaiian cityscape in the clouds. 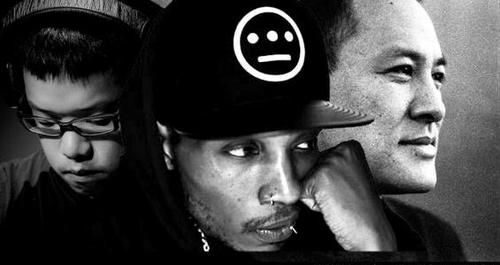 Dan the Automator’s production gels the whole thing together, and has roped in bizarre cameos from Damon Albarn (foreshadowing his later foray into hip hop through The Gorrilaz) and John Lennon’s son himself Sean.

So it’s a classic album that I’ve been listening to years, and every now and again I’d go onto their last.fm page and complain about a lack of a follow-up.  Now, 13 years later we finally have a new track and confirmation that the new album is nearly upon us.